Today, reading about the most influential articles of 2021 in The Conversation, I came across a report produced in March 2021 by the Australian Academy of Science on the risks Australia faced in a 3 degree warmer world, and the core policies needed to help Australia play is part in seeking to reduce global warming to 2 degree or below, the target of the Paris Climate Agreement, and subsequent COP26 in Glasgow in 2021.

The report notes that Australia is facing an extremely challenging future under the current emission trajectory of the international community. If the world continues on this pathway, it will lose many of its vital ecosystems (native forests, Great Barrier Reef, alpine regions), and will place its agriculture and health systems in jeopardy of failing. The argument that Australia doesn’t contribute ‘significantly’ to the GHG (green house gas) emission problem and therefore should not act on climate change ignores the enormous losses that Australia will experience if it doesn’t work with the rest of the world to achieve and exceed the Paris Agreement goals.

What are the risks identified by the Academy?

The report opens with a statement from Dr Emma Lee, an Aboriginal and Torres Strait Islander Research Fellow from of Tebrakunna Country:

Indigenous families and communities of Australia are custodial and traditional owners that, for tens of thousands of years, have had responsibility for the nurturing of connections, relationships and care we have for our continent. Indigenous Australians recognise that we belong to Country; no one should be separated from the lands, waters, seas and skies that provide life and law. Therefore, to understand this report and recognise, adapt to and mitigate climate change, first we must look to ourselves and our relationships with Country for an honest appraisal of the strength of our connections. By including Indigenous peoples in our responses to climate change, we can begin to develop a shared language that provides mutual benefit for all Australians and work together towards creating a safe and secure place for everyone to conserve our precious places.

Despite this statement purporting to frame the Science Academy report, its implications are almost completely ignored in the rest of the report, which focuses on risks and opportunities in reducing greenhouse gas emissions and Australia’s transition to becoming a renewable energy superpower exporting green hydrogen and the minerals that underpin the new electrified economy.

Nowhere does the report reference the growing international debate about the impact of ‘extractivism’ as a model of global economic development, and yet this question is crucial to Australia’s relationship with our First Nations people:

What does it mean to “look to ourselves and our relationships with Country for an honest appraisal of the strengths of our connections?”

Extractivism is related to existing geopolitical, economic and social relations produced throughout history. It is an economic model of development that transnational companies and states practice worldwide and that can be traced back more than 500 years all the way to the European colonial expansion. You can’t tell the history of the colonies without talking about the looting of minerals, metals, and other high-value resources in Latin America, Africa, and Asia—looting that first nourished demands for development from the European crowns and later from the United States, and more recently also from China.

EXTRACTIVISM AND THE GLOBAL ECONOMY

Today this model of accumulation of wealth remains a key part of the structure of a globally dominant capitalistic system—a system where power is in the hands of those who control money and industry—that has extended the extractive frontier to the detriment of other forms of land and resource uses. Such exploitation has also appropriated human bodies in the form of slaves or, more recently, as labor-intensive precarious workers. Extractivism is entirely tied up with exploitation of people.

New forms of extractivism include new forms of economic exploitation such as the agroindustry, fisheries, timber extraction, tourism, animal husbandry, and energy megaprojects. Other forms include information—the new science of data mining—extracted from consumers of information via technology and reproduced via algorithms to shape consumer behaviour to drive profit maximisation via customised targeted advertising and clickbait psychology.

Indeed, in some places that are rich in natural resources—typically in African countries with large oil or mineral deposits—there is an inverse relationship between poverty reduction and economic performance. This means that a lot of extractive activity is coupled with high levels of poverty, economic dependency on capital flows from developed countries, and political instability. This phenomenon is known as the “resource curse.”

INDUSTRIAL MODE OF PRODUCTION AND EXTRACTIVISM

The focus of the industrialised mode of production has been on how to ‘extract’ value and productivity from natural resources (land, animals, fish, plants, minerals) and human labour and ingenuity (knowledge and technology) for the ever-expanding search for wealth as expressed in consumer goods, housing, transport, and individual lifestyle choices for the global one percent. Even in so-called advanced, wealthy economies, a significant proportion of the population is experiencing a loss in income security, access to housing, and find themselves members of the ‘precariat’.  Extractivist industrial production brings with it a belief in the ever-expanding frontier of opportunity through direct colonisation, which reached its end in WWII, or indirect colonisation through economic investment and support for state regimes that guarantee this investment.

This is a strategy that has underpinned the mineral sector (oil, gas, minerals) in the Middle East, Africa, South America in particular—with Chinese, US , UK and European companies competing for access and markets, and which is associated with large-scale political destabilisation and armed conflict.

The new frontiers for this extractivist ideology are emerging as Antarctica and outer space, with the focus on the Moon and Mars. Space technologies and industries is the new zone of competition for the scientific-industrial complex, while the mega rich compete to be space tourists.

Advocates of neoextractivism claimed that new extractive practices would be “environmentally friendly” and “socially responsible”, thereby minimising the disastrous impacts of extractivism as it was practiced throughout colonial and neoliberal history. Despite this, extractive industries have expanded and continue to expand in new frontiers with the negative effects of dispossessing people from their land, subjugating communal values to the values of extraction-driven development, and disrupting social structures, territories, and alternative forms of life.

From the perspective of those who are directly affected by extractive industries, it is clear that economic revenues are not translated into socially just well-being and that these revenues are generated through the destruction of their lives and their land.

While the Science Academy report overwhelmingly aligns its report with a continued extractivist approach to the economic wellbeing of Australia’s future, other scientists have been active in critiquing this approach and proffering alternatives through:

New demands from feminist movements and women Indigenous defenders highlight the relation between extractivism and patriarchal and racial violence and how this disproportionately impacts women.

Examples are the increase in prostitution and sexual violence in communities restructured by extractivism and the externalisation of the social costs—the transfer of responsibilities for caring that are pivotal for the functioning of any economy—to women. As women are primarily responsible for the reproduction of life, they are highly vulnerable to the rupture of community or loss of territory. Because of that, women’s organisations have become the frontline defenders of their territories in the resistance against extractivism.

It is no accident that women have featured prominently in these movements of resistance in Australia—protecting First Nations communities and their heritage, protecting rain forests, protesting land clearing and impact on native animals, protesting against gas fracking and expansion of coal mining.

Actions of resistance are contestations that challenge the dominant extractivist worldview and the uneven power relations between actors who decide, actors who benefit, and actors who bear the negative consequences of extraction. Under these conditions, extractivism is in complete contradiction to social and environmental justice and care for nature and life itself.

The 500 years’ legacy of extractivism is part of ongoing imperialist interest from industrial powers in securing access and control over natural resources around the globe, even in today´s green energy transitions.

As such, extractivism stands in sharp contrast to flourishing alternative forms of land use and livelihoods.

The Academy of Science shows the problem of the large disconnection between the scientific-economist community and the socio-cultural community in Australia. 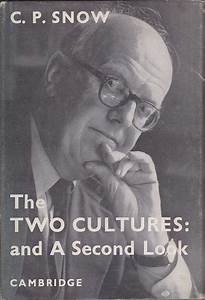 In 1959, the influential British scientist, C.P. Snow advanced the idea in his ‘The Two Cultures and the Scientific Revolution’ that the whole of Western society was being split into two cultures: science and the humanities, and that this division was a major handicap to both in solving the world’s problems. While Snow’s focus was on the lack of scientific understanding among the political and administrative class, which has continued, it equally applies today to the lack of understanding (and interest) among the scientific community, including the so-called scientific economists, about culture and the humanities.

This report by the Australian Science Academy is a demonstration of this problem that has continued to deepen since 1959.

Those fields of study, which have sought to prove they are ‘scientific’ such as economics and psychology, have devolved into a tragic divorce between the reality of lived experience, and what they purport to understand and predict solutions for.

While there is more and more public interest in cultural studies as Australia grapples with the many fault lines of its history and contemporary multicultural society and different religious faith communities in a politically secular society, Government funding support for this area of research and student engagement languishes. Meanwhile, filled with anxiety about Australia’s economic prosperity and the mounting evidence of the failure of the market driven solutions offered by neo-liberal economic theory, Government seeks to privilege investment in science and technology areas of research, particularly those linked to demonstrable economic benefit—the technology not taxes mantra of the Australian Coalition government as it hopes for a magical tech-fix solution to a warming world.

The scientific sector, itself, is split between those aligned to the economy question in order to be taken ‘seriously’ by Government, and those more deeply embedded in concerns about the level of environmental degradation and species extinctions that have flowed from what First Nations scholars have identified as the extractivist ideology that has underpinned the industrial economic mindset.

RECOMMENDATIONS FROM THE SCIENCE ACADEMY REPORT

The principle recommendations of the Science Academy Report on how to meet the risks of a three degrees warmer world, focus on:

a) How to assess risks to infrastructure and people

b) How to reduce GHG emissions to slow global warming to below 2 degrees.  It is widely accepted that holding warming to 1.5 degrees warming is now impossible, and that we are beginning to witness irreversible feedback loops from ocean warming, loss of glaciers and breaking up of large ice masses in Antarctica.

Recommendations, no doubt focused on what is politically feasible under a Coalition Government, included: